Harms of Junk Food for Girls

Harms of Junk Food for Girls

University of Adelaide researchers have shown there are two critical windows during the developmental pathway to adulthood when exposure to junk food is most harmful, particularly for female offspring.

This work leads on from earlier findings which showed that mothers who eat junk food while pregnant are programming their babies to be addicted to a high fat, high sugar diet by the time they are weaned.

Junk Food is Harmful in Late Pregnancy and Adolescence

Their latest laboratory studies reveal there may be a chance to turn around this junk food addiction in two critical windows─equating to late pregnancy and in adolescence in humans.

“Our research suggests that too much junk food consumed late in pregnancy for humans has the potential to be more harmful to the child than excess junk food early in the pregnancy,” says Dr Jessica Gugusheff, post-doctoral researcher in the School of Agriculture, Food and Wine.

“Importantly, it also indicates that if excess junk food was consumed by the mother in those early stages of pregnancy, there may be a chance to reduce those negative effects on the baby by eating a healthy diet in late pregnancy. 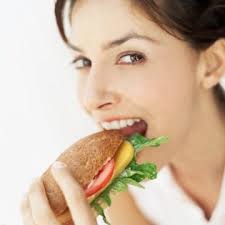 “The second critical window is adolescence and we’ve found differences between males and females. Our experiments showed that eating a healthy diet during adolescence could reverse the junk-food preference in males but not females.”

The junk food preference is believed to result from a desensitisation of the normal reward system (the opioid and dopamine signalling pathway) fuelled by highly palatable high fat, high sugar diets. Offspring with less sensitive reward systems need more fat and sugar to get the same “good feeling.”

“This brain area grows at its fastest during these critical windows and is therefore most susceptible to alteration at these times,” says project leader Dr Beverly Mühlhäusler, Senior Research Fellow with the University’s FOODplus Research Centre.

The researchers believe their work will ultimately allow pregnant women to be better informed about the lasting effect their diet has on the development of their child’s life-long food preferences.

“It will help mothers to make better, more informed, decisions about their diet choices by narrowing down the window of when exposure to a bad diet is most harmful to the child,” says Dr Mühlhäusler. “It will also enable us to target dietary interventions to times in development when they will be most beneficial.” 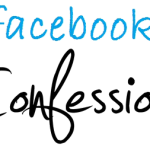 Sexting and the Young Pakistani Generation

« How to Cope with Colic
Facebook Confession Pages in Pakistan »