Home » Parenting Buzzer » You are reading »

Is the Internet Making Us Smart or Stupid?

From our current perspective, life before the internet seems very remote and outdated. In fact, it almost seems like a dark age. We wonder how we could live without updating our status on Facebook or without sending videos and pictures on WhatsApp. People now are more knowledgeable and informed than people who lived in the world with no internet.

People in Pakistan have been using the internet for a long time, but the situation changed completely when high speed connections like 3G and 4G were introduced last year. The onset of smart phones that, thanks to China, are available at unbelievably cheap rates has brought about a radical change in the social fabric of Pakistan.
Everybody is extremely busy either updating their Facebook statuses or uploading pictures onto different social media platforms. Sometimes so much personal information is shared that one feels as if the whole world is curious about oneself. People are announcing where they are and what they are doing at almost every moment in their day.
Instead of having chit chat with friends who are present, students sit together and communicate with their friends online. It seems weird when you try to have a conversation with someone who instead of listening to you is busy on his or her cell phone, saying, ‘Hmm, hmmm’.
Smartphones entered into our life stealthily; they were an integral part of our lives before were even knew it. Now the question is:

We may all have different answers to this question. Some social media intellectuals think that Pakistan has become smarter and more connected than in the past, while others feel the connectivity on social media doesn’t connect people as a nation or as humans. Instead, they believe we are like people in a mob, who from afar seems to be a well-linked group, but who, when observed from close quarters, have no real connection to one another.
Nicholas Carr, author of ‘The Shallows’, describes how the internet is making us stupid, shallow, and lazy. Although he wrote this article almost 5 years ago, it still seems so true for us in Pakistan in today. This is food for thought for us parents. We should take a few moments out of our ever-busy lives to consider why we do not have time for deep thinking and peaceful contemplation, which are the key ingredients for wisdom and knowledge. Why can’t we have a balanced approach to our life online and offline? Why can’t we understand the simple rule that balance is the basis of a successful life? Has the internet robbed us of our focus and concentration?

A Thought Provoking Question by Nicholas Carr, author of The Shallows 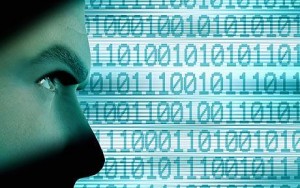 ‘Although the world wide web has been around for just more than two decades , it is hard to imagine life without it. It has given us instant access to vast amounts of information, and we’re able to stay in touch with friends and colleagues more or less continuously.

But our dependence on the internet has a dark side. A growing body of scientific evidence suggests that the net, with its constant distractions and interruptions, is turning us into scattered and superficial thinkers.

I’ve been studying this research for the past three years, in the course of writing my new book The Shallows: How the Internet Is Changing the Way We Think, Read and Remember. But my interest in the subject is not just academic. It’s personal. I was inspired to write the book after I realised that I was losing my own capacity for concentration and contemplation. Even when I was away from my computer, my mind seemed hungry for constant stimulation, for quick hits of information. I felt perpetually distracted.

Could my loss of focus be a result of all the time I’ve spent online? In search of an answer to that question, I began to dig into the many psychological, behavioural, and neurological studies that examine how the tools we use to think with — our information technologies — shape our habits of mind.

The common thread in these disabilities is the division of attention. The richness of our thoughts, our memories and even our personalities hinges on our ability to focus the mind and sustain concentration. Only when we pay close attention to a new piece of information are we able to associate it “meaningfully and systematically with knowledge already well established in memory”, writes the Nobel Prize-winning neuroscientist Eric Kandel. Such associations are essential to mastering complex concepts and thinking critically.

When we’re constantly distracted and interrupted, as we tend to be when looking at the screens of our computers and mobile phones, our brains can’t to forge the strong and expansive neural connections that give distinctiveness and depth to our thinking. Our thoughts become disjointed, our memories weak. The Roman philosopher Seneca may have put it best 2,000 years ago: “To be everywhere is to be nowhere.”

In an article in Science last year, Patricia Greenfield, a developmental psychologist who runs UCLA’s Children’s Digital Media Center, reviewed dozens of studies on how different media technologies influence our cognitive abilities. Some of the studies indicated that certain computer tasks, like playing video games, increase the speed at which people can shift their focus among icons and other images on screens. Other studies, however, found that such rapid shifts in focus, even if performed adeptly, result in less rigorous and “more automatic” thinking.

In one experiment at a US university, half a class of students was allowed to use internet-connected laptops during a lecture, while the other had to keep their computers shut. Those who browsed the web performed much worse on a subsequent test of how well they retained the lecture’s content. Earlier experiments revealed that as the number of links in an online document goes up, reading comprehension falls, and as more types of information are placed on a screen, we remember less of what we see.

Greenfield concluded that “every medium develops some cognitive skills at the expense of others”. Our growing use of screen-based media, she said, has strengthened visual-spatial intelligence, which can strengthen the ability to do jobs that involve keeping track of lots of rapidly changing signals, like piloting a plane or monitoring a patient during surgery. But that has been accompanied by “new weaknesses in higher-order cognitive processes,” including “abstract vocabulary, mindfulness, reflection, inductive problem solving, critical thinking, and imagination.” We’re becoming, in a word, shallower.

Studies of our behaviour online support this conclusion. German researchers found that web browsers usually spend less than 10 seconds looking at a page. Even people doing academic research online tend to “bounce” rapidly between different documents, rarely reading more than a page or two, according to a University College London study.

Such mental juggling takes a big toll. In a recent experiment at Stanford University, researchers gave various cognitive tests to 49 people who do a lot of media multitasking and 52 people who multitask much less frequently. The heavy multitaskers performed poorly on all the tests. They were more easily distracted, had less control over their attention, and were much less able to distinguish important information from trivia.

The researchers were surprised by the results. They expected the intensive multitaskers to have gained some mental advantages. But that wasn’t the case. In fact, the multitaskers weren’t even good at multitasking. “Everything distracts them,” said Clifford Nass, one of the researchers.

It would be one thing if the ill effects went away as soon as we turned off our computers and mobiles. But they don’t. The cellular structure of the human brain, scientists have discovered, adapts readily to the tools we use to find, store and share information. By changing our habits of mind, each new technology strengthens certain neural pathways and weakens others. The alterations shape the way we think even when we’re not using the technology.

The pioneering neuroscientist Michael Merzenich believes our brains are being “massively remodelled” by our ever-intensifying use of the web and related media. In the 1970s and 1980s, Mr Merzenich, now a professor emeritus at the University of California in San Francisco, conducted a famous series of experiments that revealed how extensively and quickly neural circuits change in response to experience. In a conversation late last year, he said that he was profoundly worried about the cognitive consequences of the constant distractions and interruptions the internet bombards us with. The long-term effect on the quality of our intellectual lives, he said, could be “deadly”.

Not all distractions are bad. As most of us know, if we concentrate too intensively on a tough problem, we can get stuck in a mental rut. But if we let the problem sit unattended for a time, we often return to it with a fresh perspective and a burst of creativity. Research by the Dutch psychologist Ap Dijksterhuis indicates that such breaks in our attention give our unconscious mind time to grapple with a problem, bringing to bear information and cognitive processes unavailable to conscious deliberation. We usually make better decisions, his experiments reveal, if we shift our attention away from a mental challenge for a time.

But Dijksterhuis’s work also shows that our unconscious thought processes don’t engage with a problem until we’ve clearly and consciously defined the problem. If we don’t have a particular goal in mind, he writes, “unconscious thought does not occur.”

The constant distractedness that the net encourages—the state of being, to borrow a phrase from T S Eliot, “distracted from distraction by distraction” — is very different from the kind of temporary, purposeful diversion of our mind that refreshes our thinking. The cacophony of stimuli short-circuits both conscious and unconscious thought, preventing our minds from thinking either deeply or creatively. Our brains turn into simple signal-processing units, shepherding information into consciousness and then back out again.

What we seem to be sacrificing in our surfing and searching is our capacity to engage in the quieter, attentive modes of thought that underpin contemplation, reflection and introspection. The web never encourages us to slow down. It keeps us in a state of perpetual mental locomotion. The rise of social networks like Facebook and Twitter, which pump out streams of brief messages, has only exacerbated the problem.

There’s nothing wrong with absorbing information quickly and in bits and pieces. We’ve always skimmed newspapers more than we’ve read them, and we routinely run our eyes over books and magazines to get the gist of a piece of writing and decide whether it warrants more thorough reading. The ability to scan and browse is as important as the ability to read deeply and think attentively. What’s disturbing is that skimming is becoming our dominant mode of thought. Once a means to an end, a way to identify information for further study, it’s becoming an end in itself — our preferred method of both learning and analysis. Dazzled by the net’s treasures, we have been blind to the damage we may be doing to our intellectual lives and even our culture.’ 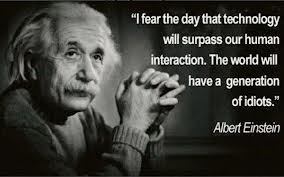 « The Importance of Fathers
Parenting Tips by Bill Gates »