The influence of brands and celebrity culture on children

Pak Parenting Team November 15, 2015 The influence of brands and celebrity culture on children2016-01-31T13:59:11+00:00 Digital Natives Around the Web, Parenting Digital Natives No Comment
Please follow and like us:

The influence of brands and celebrity culture on children

The impact of fashion, brands and celebrity culture on teenagers and adults is a well-researched field, but far less is understood about their impact on children. The 2011 government-backed Bailey report expressed concerns that young children were becoming more like teenagers in their behaviour and the ways they use fashion to create their identity. The desire for certain brands and logos, especially in boys’ sportswear, is something the UK has seen graphically played out during riots and looting in 2011, sometimes carried out by young children. This has led some commentators to raise concerns that children as young as five years old are so driven by consumerism and fashion that they are in danger of ‘losing’ their childhood.

In this context, the research conducted into the influence of fashion on youngsters between the ages of five and twelve by Dr Jane Pilcher and colleagues in the Depart of Sociologyat the University of Leicester has important implications for society.

The research highlighted three important findings. It is clear that even at this age brands and logos are highly important to some children – the study noted the influence of family attitudes, peer pressure and celebrity culture. Second, it found that even very young children have a great deal of knowledge about the clothing retail sector and they know exactly which shops will sell the kind of clothing they want. Finally, the study noted a strong association between family culture and the value children placed on brands and logos.

While Dr Pilcher agrees there are worries surrounding children and fashion, she argues that it is unrealistic to expect the nature of childhood to stay the same when society itself is changing and becoming dominated by consumerism and celebrity culture. However, she believes that youngsters do remain children in many ways and are saved from turning prematurely into teenagers because of the greater controls and intervention exercised by their parents. Parents, however, do not have it all their own way. Dr Pilcher’s research highlights that there are a variety of fashion influences on children and significant pressures from peer groups, especially friends of the same sex, and their ideas of what is cool. A further influence on young children is celebrity culture, which some children copy although many choose to reject.

Is the dependence of young children on fashion a bad thing? Not necessarily, it seems. The acquisition of brands that are in vogue and therefore cool can give great pleasure and act as a bonding between peers in a group. For young people themselves, it is often a matter of image rather than money. Children who do not participate in that culture, however, can be isolated from their peers in a form of social exclusion. This, Dr Pilcher says, is something to be borne in mind by teachers when considering school uniform policies and by parents doing battle with their children on the shop floor.

Source: This is a research conducted by Uni of Leicester.http://www2.le.ac.uk/research/discoveries/the-influence-of-brands-and-celebrity-culture-on-children 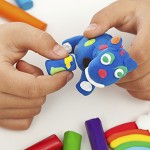 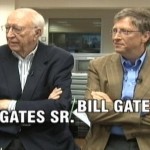 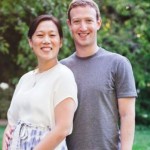 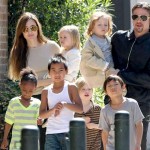 « Beauty and Pakistani Parents
The Importance of Fathers »