Pak Parenting Team October 26, 2016 Screen time guidelines for kids give parents the controls2016-10-26T01:25:51+00:00 Babies Around the Web, Communication via Connecting, Mental Health, School-Aged Kids Around the Web No Comment
Please follow and like us:

Screens are everywhere. They adorn walls, perch on the backs of car seats and warm our hands. No one knows yet whether all of these screens, and their alluring displays and connections to the world, have any long-term effects on us. There is one group of people, though, for whom these ever-present screens may be particularly worrisome — kids.

Earlier recommendations on children’s screen time from the American Academy of Pediatrics were cut and dry. For kids under 2, screens were best avoided. Older kids got no more than two hours a day.

On October 21, scientists announced more nuanced guidelines in an attempt to guide parents on how screens of all sorts — TVs, tablets, phones and electronic readers — ought to fit into children’s lives. By moving away from the finger-wagging and diving deep into the shades of gray, the recommendations put more onus onto parents to decide what’s best for their families. These new suggestions are “a vast improvement over what we — pediatricians — have done in the past,” says pediatrician Michael Rich of Harvard Medical School.

For young children, the new guidelines offer concrete time limits. For children 5 and older, the recommendations are essentially aimed at having parents understand the value of media, how that changes with age, and perhaps most importantly, the importance of media-free time.

“We want them to focus on getting enough sleep, play, family routines, conversation, social time and exercise,” says pediatrician Jenny Radesky of the University of Michigan in Ann Arbor, who coauthored one of the new policy statements. “And we recommend [parents] try to do this by creating unplugged times of day and zones of the home, prioritizing family time and play, and having rules like device curfews.”

Recommendations Regarding Screen Time for Kids 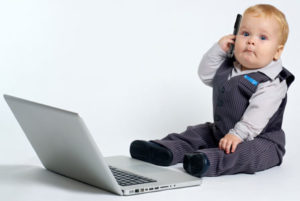 As a way to move closer to those media-free zones, researchers offer some recommendations for young children based on the latest scientific literature:

Avoid digital media use for children younger than 18 months to 24 months old (with the exception of video chatting).
If you want to introduce media to 18- to 24-month-olds, look for high-quality programs and watch the programs together.
For kids 2 to 5 years old, limit screen use to an hour a day of high-quality programming, and watch the programs together so you can help them understand what they see and relate it to the world.
Keep bedtimes, meals and play time media-free. That means parents, too, who have been known to become engrossed in their own screens and ignore their company.
Screens should be off an hour before bed, and they shouldn’t be in bedrooms.
Other recommendations include keeping a close eye on kids’ media content, turning off TVs or other screens when you’re not using them and avoiding screens as a way to regularly calm your child.

For children 5 and up, the guidelines no longer have a strict time limit. Instead, it puts the onus on parents to figure out their family’s plan. Losing the previous policy’s time limit may be a mistake, says pediatrician Victor Strasburger of the University of New Mexico School of Medicine, who helped write those earlier recommendations. “I was sorry they took out the two-hour recommendation. … I think the academy got a little gun-shy,” he says, afraid of offending parents whose children get way more than two hours of media a day.

The lack of clear limits for older children might be frustrating for parents who want simple rules. Rich sees these frustrations up close as the “Mediatrician,” an advice columnist who answers parents’ questions about digital health. “By being so respectful, [the new policy] runs the risk of not sending its message,” Rich says. But that flexibility may be helpful, because no two families are alike. “The best judge of this is ultimately the parent,” he says.

The question of how to fit media into children’s lives is really difficult. “We are dealing with two moving targets,” Rich says: the developing child and the developing media landscape. That means that simple answers don’t exist. And after all, parenting is more of an art than a science.

Scientists are still struggling with the distinctions between the different types of media — whether a TV show has different effects than an interactive app, for instance. But so far, there’s no evidence that kids under 2 can learn from apps, despite any “educational” marketing, Radesky says.

The guidelines address both media quality and quantity. High-quality programs “engage little minds on their learning edge, don’t use too many bells and whistles or fast editing to try to keep viewers’ attention, and craft their content for a dual audience,” Radesky says. These types of shows can be good sources of knowledge for preschoolers and their parents. Quantity matters too, especially as media becomes overused. Radesky has had parents tell her about putting their 2-year-old with a language delay in front of educational TV shows for five to six hours a day. “We really want to discourage parents from doing that,” she says.

For some families, the guidelines may be too lenient. For others, they may be too restrictive. And others may be overwhelmed at the prospect of investing the time and energy to really watch their children’s media use. But the principles behind these guidelines are solid. It’s definitely true that in addition to entertainment, media can offer rich learning experiences that would be otherwise unattainable. Even so, kids need to sleep, play, talk and explore their wondrous world — in real life.

The New Guidelines on Vitamin D 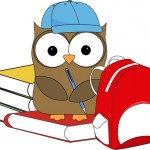 « Fat, Salt and Sugar: Not All Bad
Infants’ brains attuned to baby talk and nursery rhymes »