Is Paracetamol Use in Pregnancy Harmful?

Is paracetamol use in pregnancy harmful for male babies?

Low testosterone levels in male pregnancies have been linked to a range of conditions, ranging from the relatively benign, such as undescended testicles, to more serious conditions, such as infertility and testicular cancer.

Reassuringly, just taking a one-day course of paracetamol did not affect the level of testosterone. It seems any effect could be from continuous daily use only, rather than occasional use, which is how most people would probably take paracetamol.

An obvious caveat is that as the series of experiments was performed in mice, it is not known what the effect would be in humans. It is also not known whether the effect of regular daily use would be reversible and over what timescale. And we also don’t know whether exposure in pregnancy would actually have any detrimental effects in a male child.

Paracetamol is generally believed to be safe in pregnancy, but – as with all medicines – pregnant women should only take them if absolutely necessary in the lowest effective dose and for the shortest period of time.

Where did the story come from?

The study was carried out by researchers from the University of Edinburgh, the Edinburgh Royal Hospital for Sick Children, and the University Department of Growth and Reproduction in Copenhagen.

It was funded by The Wellcome Trust, the British Society of Paediatric Endocrinology and Diabetes, and the UK Medical Research Council.

The study was published in the peer-reviewed journal, Science Translational Medicine.

In general, the media reported the story accurately, though many of the headline writers decided to discuss the “harms” of paracetamol – such as The Guardian’s headline, “Paracetamol use in pregnancy may harm male foetus” – which is an unhelpful term.

Apart from the fact this study involved mice, not men, there is no evidence a temporary drop in testosterone levels would cause permanent harm to a male foetus. The effect could well be temporary and reversible.

The Daily Mail went particularly over the top with its claim that, “the popular painkiller is believed to have lifelong effects on baby boys, raising their risk of everything from infertility to cancer”. The Mail may think this is the case, but most qualified experts would question this due to lack of evidence.

What kind of research was this? 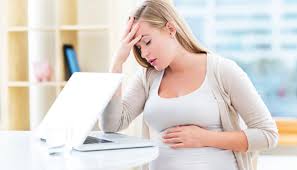 This was a laboratory study using a mouse model to look at the effect of paracetamol on testicular development. Testes produce the sex hormone testosterone.

Previous research found an association between low sex hormone exposure in the womb and reproductive disorders, such as undescended testes at birth, or low sperm count and testicular cancer in young adulthood.

The researchers wanted to investigate whether exposure to paracetamol reduces the level of testosterone production. As it would be unethical to study this in pregnant women, the researchers used a mouse model.

Paracetamol is one of the drugs believed to be safe to use in pregnancy. This safety is based on observational studies of use during human pregnancy, as randomised controlled trials – the gold standard in research – are not performed in pregnancy for ethical reasons.

What did the research involve?

Human foetal testes were obtained from pregnancies terminated in the second trimester. Small 1mm3 tissue samples of these testes were grafted under the skin of mice so the researchers could see what effect paracetamol had on their growth in an animal that has some similarities to humans.

The mice had their testicles removed so their production of testosterone would not influence the study. Their immune system was also dampened down to reduce the chances of rejecting the testicular tissue.

After a week – enough time for the testicular tissue to establish a blood supply – the mice were given injections of a hormone called human chorionic gonadotrophin (hCG), which stimulates testosterone production and is usually present in the womb. The mice were then randomly assigned to be given different strengths and regimes of oral paracetamol or placebo.

The researchers measured the level of testosterone at different time points during the study. They also measured the weight of the seminal vesicle, a gland that holds the liquid that mixes with sperm to form semen. Previous research has shown the growth of seminal vesicles is sensitive to sex hormones.

Experiments were also performed on the mice to measure the effect of paracetamol on their production of testosterone.

What were the basic results?

Testosterone levels were reduced by exposure to paracetamol for seven days. A dose of 20mg/kg three times a day for seven days, the equivalent of a normal dose in adults, resulted in:

Exposure to 20mg/kg three times in one day was tested under the premise that most pregnant women would only use paracetamol for a short period of time. This did not reduce testosterone levels or cause any change in seminal vesicle weight.

High-dose paracetamol of 350mg/kg once a day for seven days did not change the level of testosterone, but it did result in reduced seminal vesicle weight in host mice of 27%.

Graft survival was 65% over the two-week experiment period. There was no difference in graft weight between mice exposed to any dose of paracetamol and placebo. The mice appeared healthy and had no change in body weight.

How did the researchers interpret the results?

The authors concluded that: “One week of exposure to a human-equivalent therapeutic regimen of acetaminophen [paracetamol] results in reduced testosterone production by xenografted human foetal testis tissue, whereas short-term (one day) use does not result in any long-lasting suppression of testosterone production.”

They say that because the study was performed in mice, it cannot directly inform new recommendations for the use of paracetamol in pregnancy, but suggest pregnant women should consider limiting their use of the drug.

This was a well-designed laboratory study looking at the effect of paracetamol on testicular development. As it would be unethical to study this in pregnant women, the researchers used a mouse model. This involved grafting samples of human foetal testicular tissue under the skin of mice.

As the researchers say, they tested the effect of single dose exposure as it is assumed that pregnant women are more likely to use paracetamol occasionally rather than continuously.

The study’s strengths include the randomisation procedure, which meant different doses and regimes of paracetamol could be directly compared with the control condition.

However, this study has some limitations because of the nature of a mouse model. These include:

The results of this study suggest that regular paracetamol for seven days may reduce the production of testosterone by the developing testicle. However, further studies would be required to determine if this would be the case in humans.

It is also not clear whether the effect would be reversible and over what timescale. It is further completely unknown whether pregnancy exposure would actually have any detrimental effects in the male child – for example, in terms of the development of sexual characteristics at puberty, or upon future fertility.

At present, the product safety information for paracetamol does not preclude its use in pregnancy. Paracetamol is the painkiller of choice during pregnancy, as alternatives such as ibuprofen, and particularly aspirin, are thought to be associated with a higher risk of complications.

Paracetamol is also excreted in breast milk, but this is not believed to be in an amount that would harm the baby. Infant versions of paracetamol such as Calpol, however, are not licensed in babies under the age of two months.

As with all medicines, pregnant women should only take them if absolutely necessary, in the lowest effective dose and for the shortest period of time. If you have a painful condition that persists for more than one to two days, ask your midwife or the doctor in charge of your care for advice. 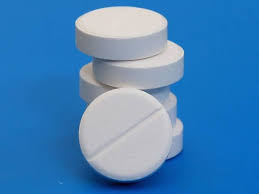 This news was also reported by BBC News , The Guardian, The independent

« Toddlers who lie ‘will do better’
Tips for first-time parents »