Home » Toddlers Around the Web » You are reading »

Information provided in this article is based on science.

Don’t Read To Your Kids, Read With Them

Got a little one who is learning to read? Don’t let them just stare at the pictures in a book while you do all the reading.
Call attention to the words. Read with them, not to them.Research shows it helps build their reading skills: 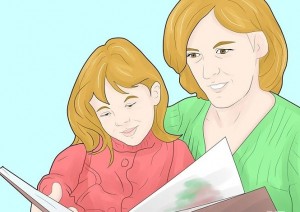 Missing an hour of sleep turns a sixth grader’s brain into that of a fourth grader.

“A loss of one hour of sleep is equivalent to [the loss of] two years of cognitive maturation and development,” Sadeh explained.

There is a correlation between grades and average amount of sleep.

Teens who received A’s averaged about fifteen more minutes sleep than the B students, who in turn averaged fifteen more minutes than the C’s, and so on. Wahlstrom’s data was an almost perfect replication of results from an earlier study of over 3,000 Rhode Island high schoolers by Brown’s Carskadon. Certainly, these are averages, but the consistency of the two studies stands out. Every fifteen minutes counts. 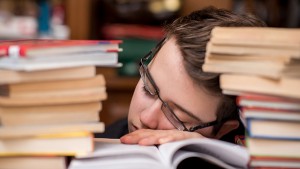 The Dumb Jock Is A Myth

Dumb jocks are dumb because they spend more time on the field than in the library. But what if you make sure your child devotes time to both?

Being in good shape increases your ability to learn. After exercise people pick up new vocabulary words 20% faster.

Indeed, in a 2007 study of humans, German researchers found that people learn vocabulary words 20 percent faster following exercise than they did before exercise, and that the rate of learning correlated directly with levels of BDNF.

A 3 month exercise regimen increased bloodflow to the part of the brain focused on memory and learning by 30%.

In his study, Small put a group of volunteers on a three-month exercise regimen and then took pictures of their brains… What he saw was that the capillary volume in the memory area of the hippocampus increased by 30 percent, a truly remarkable change. 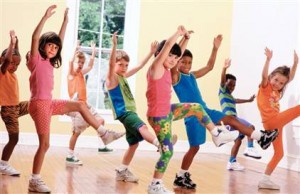 IQ Isn’t Worth Much Without Self-Discipline

Self-discipline beats IQ at predicting who will be successful in life.

From Charles Duhigg’s excellent book The Power of Habit: Why We Do What We Do in Life and Business:

Dozens of studies show that willpower is the single most important keystone habit for individual success… Students who exerted high levels of willpower were more likely to earn higher grades in their classes and gain admission into more selective schools. They had fewer absences and spent less time watching television and more hours on homework. “Highly self-disciplined adolescents outperformed their more impulsive peers on every academic-performance variable,” the researchers wrote. “Self-discipline predicted academic performance more robustly than did IQ. Self-discipline also predicted which students would improve their grades over the course of the school year, whereas IQ did not.… Self-discipline has a bigger effect on academic performance than does intellectual talent.”

Grades have more to do with conscientiousness than raw smarts.

Via How Children Succeed: Grit, Curiosity, and the Hidden Power of Character:

…conscientiousness was the trait that best predicted workplace success. What intrigues Roberts about conscientiousness is that it predicts so many outcomes that go far beyond the workplace. People high in conscientiousness get better grades in school and college; they commit fewer crimes; and they stay married longer. They live longer – and not just because they smoke and drink less. They have fewer strokes, lower blood pressure, and a lower incidence of Alzheimer’s disease.

Learning Is An Active Process 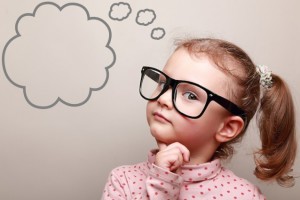 Via Brain Rules for Baby: How to Raise a Smart and Happy Child from Zero to Five:

The products didn’t work at all. They had no positive effect on the vocabularies of the target audience, infants 17-24 months. Some did actual harm. For every hour per day the children spent watching certain baby DVD’s and videos, the infants understood an average of six to eight fewer words than infants who did not watch them.
Real learning isn’t passive, it’s active.

What does Dan Coyle, author of The Talent Code recommend? Stop merely reading and test yourself:

Our brains evolved to learn by doing things, not by hearing about them. This is one of the reasons that, for a lot of skills, it’s much better to spend about two thirds of your time testing yourself on it rather than absorbing it. There’s a rule of two thirds. If you want to, say, memorize a passage, it’s better to spend 30 percent of your time reading it, and the other 70 percent of your time testing yourself on that knowledge.
(More on how to teach your child to be a hard worker in school here.)

Treats Can Be A Good Thing — At The Right Time

Overall, it would be better if kids ate healthy all the time. Research shows eating makes a difference in children’s grades:

Everybody knows you should eat breakfast the day of a big test. High-carb, high-fiber, slow-digesting foods like oatmeal are best, research shows. But what you eat a week in advance matters, too. When 16 college students were tested on attention and thinking speed, then fed a five-day high-fat, low-carb diet heavy on meat, eggs, cheese and cream and tested again, their performance declined.
There are always exceptions. No kid eats healthy all the time. But the irony is that kids often get “bad” foods at the wrong time.
Research shows caffeine and sugar can be brain boosters:

Caffeine and glucose can have beneficial effects on cognitive performance… Since these areas have been related to the sustained attention and working memory processes, results would suggest that combined caffeine and glucose could increase the efficiency of the attentional system.
They’re also potent rewards kids love.

So if kids are going to occasionally eat candy and soda maybe it’s better to give it to them while they study then when they’re relaxing.

…happiness is a tremendous advantage in a world that emphasizes performance. On average, happy people are more successful than unhappy people at both work and love. They get better performance reviews, have more prestigious jobs, and earn higher salaries. They are more likely to get married, and once married, they are more satisfied with their marriage.
And what’s the first step in creating happier kids? Being a happy parent.

Your genetics and the genetics of your partner have a huge effect on your kids. But the way you raise your kids?
Not nearly as much.

Via Malcolm Gladwell’s The Tipping Point: How Little Things Can Make a Big Difference:

On things like measures of intellectual ability and certain aspects of personality, the biological children are fairly similar to their parents. For the adopted kids, however, the results are downright strange. Their scores have nothing whatsoever in common with their adoptive parents: these children are no more similar in their personality or intellectual skills to the people who raised them, fed them, clothed them, read to them, taught them, and loved them for sixteen years than they are to any two adults taken at random off the street.
So what does have an enormous affect on your children’s behavior? Their peer group.

We usually only talk about peer pressure when it’s a negative but more often than not, it’s a positive.

Living in a nice neighborhood, going to solid schools and making sure your children hang out with good kids can make a huge difference.

What’s the easiest way for a college student to improve their GPA? Pick a smart roommate.

Via The Happiness Advantage: The Seven Principles of Positive Psychology That Fuel Success and Performance at Work:

One study of Dartmouth College students by economist Bruce Sacerdote illustrates how powerful this influence is. He found that when students with low grade-point averages simply began rooming with higher-scoring students, their grade-point averages increased. These students, according to the researchers, “appeared to infect each other with good and bad study habits—such that a roommate with a high grade-point average would drag upward the G.P.A. of his lower-scoring roommate.”
(More on the how others affect your behavior without you realizing it here.) 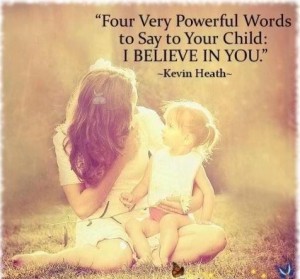 Believing your kid is smarter than average makes a difference.

When teachers were told certain kids were sharper, those kids did better — even though the kids were selected at random.

Via The Heart of Social Psychology: A Backstage View of a Passionate Science:

…Rosenthal and Lenore Jacobson (1968) did the same study in a classroom, telling elementary school teachers that they had certain students in their class who were “academic spurters.” In fact, these students were selected at random. Absolutely nothing else was done by the researchers to single out these children. Yet by the end of the school year, 30 percent of the the children arbitrarily named as spurters had gained an average of 22 IQ points, and almost all had gained at least 10 IQ points.

The New Guidelines on Vitamin D