The myths about food and pregnancy

All over the world, pregnant women are bombarded with opinions about what to eat and what to avoid. All too often, sound advice gets lost in a stew of badly-reported science and old wives’ tales.

For women in Korea, pregnancy tastes of seaweed soup. In South Africa, many Zulu women are given Isihlambezo, a herbal concoction that can include anything from daisies and milkweed to dried hyrax urine. In Iran, pomegranate juice is popular, and in Senegal it’s a bone-marrow broth.

But there’s one thing that’s dished out to pregnant women all over the world: advice about what to eat and what to avoid when you’re expecting a baby.

The range of opinion can be bewildering. Fish is essential for the development of the baby’s brain, but can’t it also contain dangerous levels of mercury?

Peanuts are best avoided, or perhaps they actually help to prevent nut allergies in children? Soft cheese and cured meats are a definite no-no, but Italy’s mamas-to-be seem to thrive on prosciutto, and surely French women don’t all give up the Camembert? 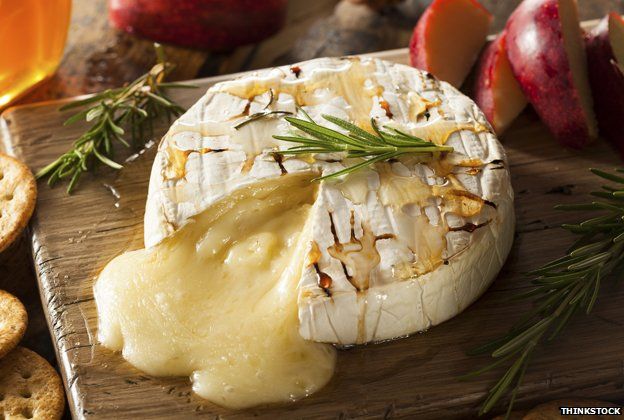 If pregnant women are confused, the media must take a good share of the blame, says Linda Geddes, mother of two and author of Bumpology, a book that deploys cutting-edge science to slice through the tangle of anecdote, myth, and mumbo-jumbo that surrounds pregnancy.

“Journalists will seize on any study about pregnancy because they know that people are interested,” she says.

“Often, inconclusive or early stage studies get picked up, and by the time a scientific consensus has emerged – sometimes years later – the story has become too old and boring to report. So you end with a lot of misleading information out there. The result is that when a woman googles a question, she’s faced with a mass of scare stories.”

The science is not just badly reported. It usually gets stirred into a stew of superstition and folklore that varies from country to country.

Plenty of common sense gets handed down too, of course. Eating green leafy vegetables is recommended by traditional cultures all over the world. But sound advice often gets packaged together with ideas that are closer to magic than to medicine. In rural Nigeria, it’s thought that eating snails can make your baby sluggish.

Women in Japan are told that spicy food can give the baby a short temper. In the US, birthmarks might be attributed to a mother’s craving for strawberries or chilli peppers. In Mexico, there’s an old belief that eating eggs can make the baby smell bad. In the Philippines, on the other hand, women are told to eat raw egg just before the delivery, to help lubricate the birth canal.

Chinese folk culture is full of advice about foods that pregnant women should avoid. Eating crab might make your baby mischievous, or give it 11 fingers. Drinking milk can lighten its skin. Squid can make the womb “sticky”.

Dr Xiao Ping Zhai, who runs a pregnancy clinic in Harley Street and has been called the “fairy godmother of fertility” for her work helping women to conceive, says Chinese women are fast abandoning the wilder fringes of superstition.

“Some of these ideas are from a thousand years ago. I don’t think anyone believes in them now, not even in my mother’s generation.” But although she’s dismissive of some old beliefs, Zhai is a practitioner of traditional Chinese medicine and remains convinced there’s a precious baby in the bathwater of eastern custom.

For a pregnant woman with a particular clinical problem, she might prescribe an infusion brewed from as many as 12 different plants, including things like Bay Mao Gen, a bamboo-like grass that is believed to “cool the blood”, or Huang Qin, a herb that, says Zhai, can help “protect the pregnancy”.

In many places, as in China, folk custom is slowly yielding to science. But even in the best educated societies, evidence-free ideas continue to circulate, as anyone who’s spent time on a Mums net forum will confirm.

It’s in the least developed communities, though, that ignorance and old wives’ tales still do real damage. In parts of Asia, Africa, and Latin America, food taboos can prevent women from eating a balanced diet and deprive them of essential nutrients.

In the Indian state of Andhra Pradesh, many pregnant women are told that foods like papaya and pumpkin are too “hot” for the baby. In parts of Gujarat, white foods including milk, yoghurt, and bananas are routinely avoided because they’re “too cold”. A similar concept of “hot” and “cold” is widespread in Mexico, where many indigenous women are warned not to eat nutritious foods like tomatoes, eggs, and avocados.

In parts of Tanzania, women abstain from eating meat, fearing that the baby might take on the characteristics of the animal consumed. The idea that eating eggs while pregnant can cause sterility is widespread across Africa.

Many African and Asian communities also share the mistaken belief that breastfeeding should be delayed for several days after birth, and that colostrums should not be fed to newborn babies.

These ideas persist, says Prof Carol Lummi-Keefe, Editor of the Handbook of Pregnancy and Nutrition, in part because inaccurate advice is given to pregnant women by people they trust. “Whatever the information from experts may be, we’re unknown to them. So they test what they hear against what their mother or mother-in-law says.”

These ideas persist, says Prof Carol Lummi-Keefe, Editor of the Handbook of Pregnancy and Nutrition, in part because inaccurate advice is given to pregnant women by people they trust. “Whatever the information from experts may be, we’re unknown to them. So they test what they hear against what their mother or mother-in-law says.”

One way of overcoming this might be to provide pregnant women with personalised, scientifically sound dietary advice. That’s among the goals being pursued by Prof Phil Baker, Director of the National Centre for Growth and Development at the University of Auckland in New Zealand.

“At the moment, the advice that we give pregnant women is quite general, and it’s quite conflicting from area to area… The long-term objective has to be to get a relatively modest-cost test, in order to be able to give advice to the parts of the world where pregnancy complications are greatest.”

Baker says it’s becoming clear that “the environment within the womb has long-term implications not just for the pregnancy but for that baby’s long-term health, and optimising the nutrition for that baby is critically important”.

That, says Linda Geddes, is precisely why the bombardment of conflicting advice can feel so alarming. “Pregnant women are uniquely vulnerable. Often, they’ve never been pregnant before, and they’re desperate to do the best thing for their child. The idea that they might do something that harms the unborn child is horrifying to them. That makes them vulnerable to marketeers, and vulnerable to scare stories.”

Not all media reports, of course, are scare stories. In 2004, Dr Katri Raikkonen at the University of Helsinki in Finland published research that suggested a correlation between eating chocolate when pregnant and giving birth to a happy baby.

Despite the flurry of media attention that followed, Raikkonen is the first to point out that no causal link was ever established. She does maintain, however, that there are “biologically plausible” mechanisms by which chocolate might affect the brain of a developing baby. “There could also be a psychological pathway,” she says, “that eating chocolate makes pregnant women happy, and that this happiness affects the development of the child.”

That might sound tempting, but the scientific consensus is clear: never trust your mother-in-law, and sprinkle everything you read on the internet – including the chocolate – with a generous pinch of salt. 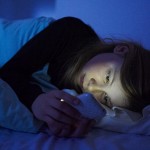 « Pregnant, Obese … and in Danger
Breastfeeding and Success in Life »